For the last nine months, God had been speaking to me privately about moving into HOPE fulltime.  He had spoken that the time would come when I would no longer be a pastor at City Point Church and I would be serving full-time as a prayer missionary with HOPE.  In theory, I loved the idea.  I prayed for it.  I sought counsel.  My pastor and I were seeking God’s timing for the transition.

This week, I completed my assignment as an executive pastor/pastor of prayer at City Point Church.  For the last six years, I have served on staff at the church.  I thank God for the opportunities He provided for me at City Point.  I’m so grateful for Pastor Mike & Terri Hendon.  They have loved me, prayed for me, encouraged, and cheered me on!   I have learned from the best.  God has used City Point as a place of restoration in my life and ministry.  We have seen God’s glory and witnessed His transforming power in making us a house of prayer for all people.

I’m super excited about the future God has for City Point!  I will continue to call City Point Church my home. As my sending church, they have been supportive of HOPE and the call of God on my life every step of the way.  I’m grateful for my new lead pastors, Vince & Leticia Galey. It has been a joy to serve alongside them for the last four years.  God is moving and I’m grateful to continue our partnership for the Gospel!

On Tuesday, as I was praying about my last month I heard the phrase, “You have been wrestling with God.”  Today Chuck Pierce shared an article on Facebook from Penny Jackson about the divine wrestle.  I shared his complete article on my Facebook wall.

I have been in a wrestling match with God.  Anyone else wrestling right now?  As I began this new year, I took an eight-day self-imposed quarantine.  In those days of silence and stillness, I sensed there was change coming.  God was moving His church into a season of realignment.  There would be a changing of the guard.  God was appointing, re-appointing and dis-appointing people.  He was shifting individuals within the body of Christ.  It would soon be upon us.  In all the change, we were to be humble, not judge by our feelings, but move forward by faith.  It is a time for the Sons of Issachar to arise and shine.

Immediately following my 8 days of stillness, I stepped out into one of those prophetic destiny moments.  You know the kind – God is speaking all around you, confirming to others what He has spoken to you privately.  He is re-creating your world in an instant with one word from His mouth.

Prophet Torrey Harper came to visit my church and on his first night, the Lord spoke this word over my life:  “You’ve fulfilled the last season and there’s a new door that has opened up to you – a new office in the realm of the Spirit.  A new place of leadership.   A new place of authority.  A new place in the realm of the Spirit.  I hear the Lord say you have fulfilled the office of the last season but there’s a new place that I’m bringing you into and a new time that I’m bringing you into.  New expressions of My glory.  I’m looking at a school of ministry and it’s like I’m looking at people being mantled with power and being mantled with the fire of God and the raising up even of that house of prayer.  It’s almost like there is a grace to train intercessors and to train hungry ones.  To impart.  It is very much apostolic in nature. “

Well, that pretty much settled it!  All that God had spoken in private was now out there in public and was demanding a response.  I had stepped into the NEW – new door, new office, new authority, new place, new mantle, new resources, new networks.  God was declaring like in Isaiah 43:18,19 “Do not remember the former things, nor consider the things of old.  Behold, I will do a NEW thing, now it shall spring forth; shall you not know it?  I will even make a road in the wilderness and rivers in the desert.”

What started as a transition became a suddenly.  God spoke.  We stepped into what He was doing.  My world was being realigned.  In my dis-appointment at City Point, I was not to be disappointed.  God was re-appointing me into HOPE.

And then, the divine wrestle began.  The feelings I had tried to avoid – remember God warned me to not judge by my feelings– overwhelmed me.  This didn’t look anything like I thought it would.  The ground beneath my feet seemed so uncertain.  I found myself flat on the ground in a full-on wrestle, not with man, but with God.

In the days immediately following, when I would be silent, the Lord would speak His love over me.  He was inviting me into the wrestle.  Where I had questions, He invited the dialog.  Where I had tears of letting go, He comforted me.  When I mourned, He comforted me.  When I was frustrated, He spoke understanding.  When I needed correction, He sent the kind messengers with truth.  He was not ignorant of my frame.  He cared for me!  God knows, God sees, and His leadership is perfect.

I can love what He is doing, even when I don’t like it how it feels.  My feelings are fickle and my preferences are not His priority.  He is not asking my opinion about His ways.  He is only seeking my obedience.  And in that obedience, there is always blessing!

He has invited me into the divine wrestling match. It hasn’t been pretty.  My hip has gotten out of joint more than once.  But at the end of it all, I KNOW it has been good! This is GOD!  He is revealing what needs to be purged and purified in my life.  He is revealing Himself more to me so He can reveal Himself more through me.

God is simply asking, “will you trust Me, Julie?”

Yes Lord!  I will trust You. You are faithful.  You are good.  Lord, You heard my cries over the last year and You answered speedily.

Like Jacob, it is time for me to move forward in hope and with HOPE.  I will step into the new identity, mission and call that has been prayed for, sought for and prophesied. He has made a new way for us that is MARVELOUS in our eyes.  He is our Miracleworker and Waymaker!

I might walk with a limp, but I know God is calling and I choose to walk with Him into all He has for me.  Break my heart, my mind, my will, till only You consume my life.  I’ll keep holding onto You, Lord, until You bless me.

Learning to lean on my Beloved,

← Prev: The Sound of Silence Desperation or Devastation? You Choose! →

END_OF_DOCUMENT_TOKEN_TO_BE_REPLACED 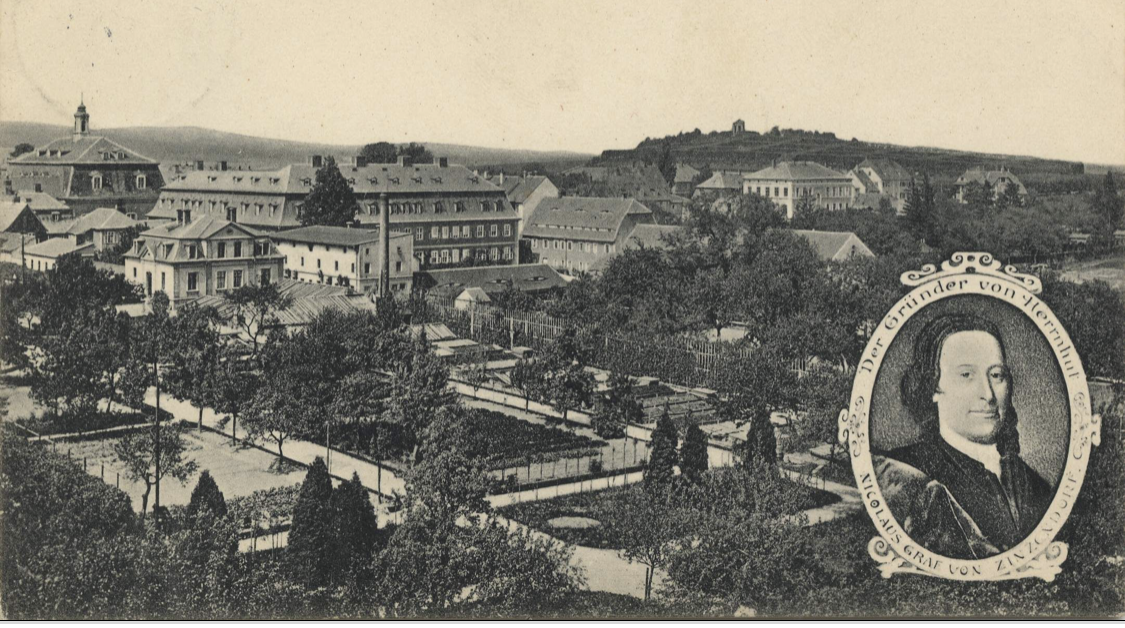 Praying Till the Whole World Knows

"Prayer always precedes Pentecost."  John Greenfield from Power from on High "When God intends great mercy for His people, the first thing He does is to set them a praying." Matthew Henry Count Zinzendorf had his hands full.  He had invited all kinds of religious...